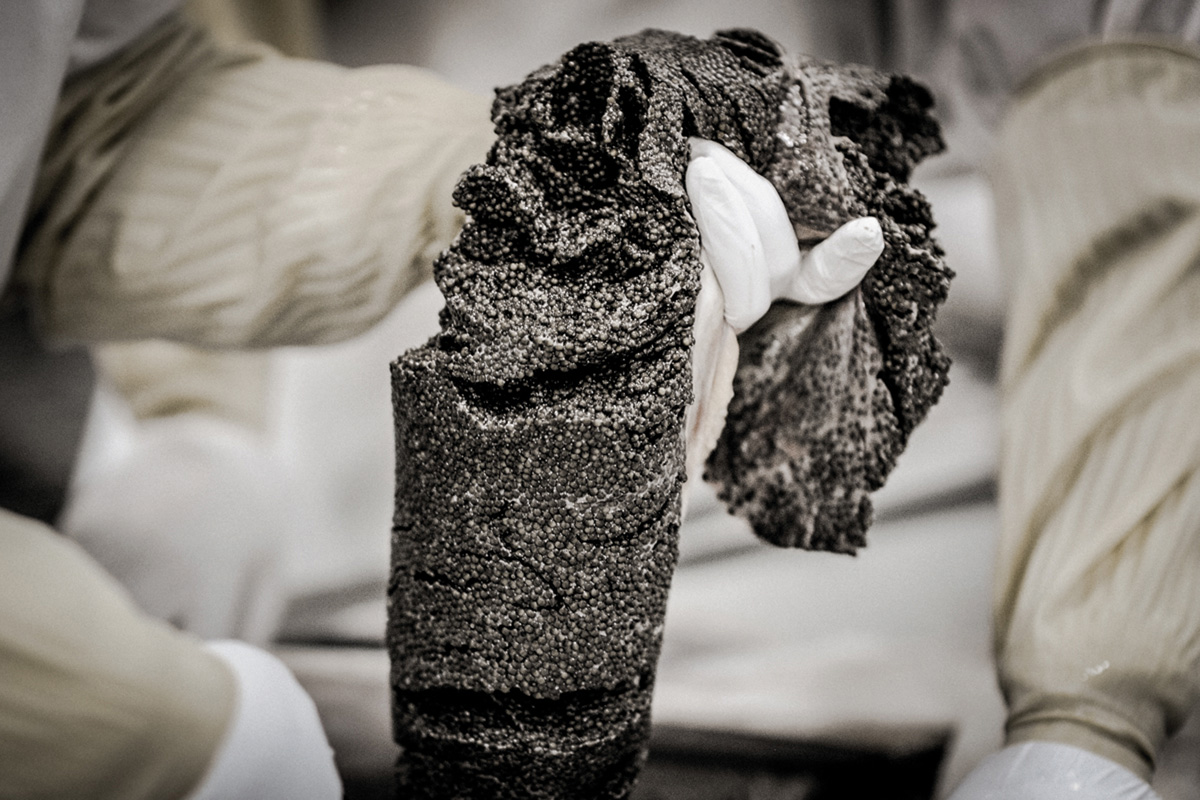 The word “caviar” comes from the Persian word khaviar, which means “egg carrier”. More specifically, caviar comes from the eggs of the sturgeon. It is made from the ''roe'', which is the mass of eggs within the ovarian membrane of the female fish. It comes in variable size and color depending on the sturgeon species. The roe represents about 10%-15% of the sturgeon mass.

This ancient fish has been swimming the cold waters of the Northern Hemisphere for more than 250 million years and lives mostly in the wild in the Caspian Sea, which touches the shores of Iran and Russia. Wild caviar production has long been associated with Iran, where three of the best varieties of caviar were produced: Beluga, Osetra and Sevruga. Thanks to traditional fishing methods and the expertise of artisan producers, wild Iranian caviar has been renowned as the best in the world.

Over the years, overfishing threatened the sturgeon, and it is now a protected species. Sturgeon fishing in the Caspian Sea was forbidden in 2008. In order to save the species, producers started to raise sturgeon within their natural habitat. Kaviari was one of the first company to take this step. Its expertise had been handed down from Iranian producer masters.